A perspective from the researcher that coined the term Brugada Phenocopy //

What is the definition of a phenocopy? A phenocopy is an environmental condition that imitates (copies) the phenotype produced by a gene. Brugada phenocopy describes conditions that present with a Brugada ECG pattern (BrP) but without true congenital Brugada syndrome (BrS). See more here

BrS is a genetically determined familial disease with autosomal dominant transmission and variable penetrance, conferring a predisposition to sudden cardiac death due to polymorphic ventricular tachycardia/ventricular fibrillation (PVT/VF). The pathogenesis of VF in these patients is most likely a combination of both genetically determined repolarization abnormalities and conduction delay in the right ventricular outflow tract (RVOT) epicardium. Additionally, phenotype is the appearance of an organism or part of them (i.e. electrocardiogram pattern) resulting from the interaction of the genotype and the environment (Figure 1). 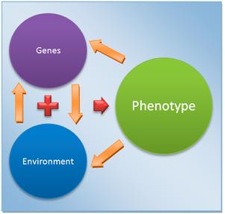 Figure 1. The interaction of genes and environment in the determination of phenotype.


The term phenocopy was coined by Richard Benedict Goldschmidt at the beginning of the past century (1, 2). He was a visionary Jewish-German-born American unorthodox geneticist. He did not believe that Charles Darwin's idea of slow and gradual changes could account for the origin of species.

Clinical situations that result in a Brugada electrocardiographic pattern are numerous (BrP). This fact made me think that the term created by Goldschmidt was appropriate to describe these cases that mimic the typical phenotype pattern of inherited BrS. I believed that it should replace the common term “Brugada-like pattern” used for the first time by Tarim et al in 1999 (3). This confusing term is unfortunately most frequently used to describe such cases to date. We should not confuse Brugada phenocopy with acquired Brugada syndrome. Wataru Shimizu coined the latter term in 2005 (4). Patients with BrS or suspected mutation carriers can have normal ECG recordings at times. In these cases, a diagnostic challenge with a sodium channel blocker such as ajmaline, flecainide, or pilsicainide may induce type 1 ECG BrP and support the diagnosis. However, many pharmacological agents that are not related to class I anti-arrhythmic agents have been reported to induce Type 1 BrP including tricyclic antidepressants, fluoxetine, lithium, trifluoperazine, antihistamines, cocaine, and others. As published reports of drug-induced BrP have become increasingly prevalent, there is growing interest in the mechanisms responsible for this ECG pattern and its clinical significance. It is possible that drug-induced BrS may be due to an individual susceptibility that favours drug-induced ECG abnormalities, possibly as a result of an increase in latent ion channel dysfunction similar to that in drug induced LQTS. However, further evidence is needed to confirm this hypothesis. Channelopathies are diseases caused by dysfunctional ion channels, due to either genetic or acquired pathological factors. Inherited cardiac arrhythmic syndromes are among the most studied human disorders involving ion channels. Acquired LQTS are believed to have a genetic predisposition or subclinical form (forme fruste) of congenital LQTS. This has been supported by findings of congenital LQTS mutations in patients with the acquired form. A subclinical form of BrS may similarly predispose an individual to the development of acquired forms of BrS. The genetic background in patients with this acquired form of BrS is unclear. However, mutations in SCN5A or other candidate genes will likely be identified in the future, as was found in LQTS.

Theoretically, an acquired intervention that causes a sufficient imbalance of inward and outward currents in the RVOT may induce a BrP in an individual, although the likelihood of arrhythmias is unclear. Whether this requires an underlying genetic predisposition, or represents latent BrS has not been established. Experimental studies have suggested that an intrinsically prominent transient outward current-mediated action potential (AP) notch and subsequent loss of the AP dome in the epicardium, but not in the endocardium, of the RVOT give rise to a transmural voltage gradient, resulting in ST-segment elevation and phase 2 reentry-induced VF. Therefore, any intervention that increases Ito (e.g., transient outward current, adenosine triphosphate-sensitive potassium current, delayed modifier potassium current) or decreases inward currents (e.g., L-type calcium current, fast sodium current) at the end of phase 1 of the AP can accentuate or unmask ST-segment elevation, similar to that found in BrS, thus producing acquired forms of BrS.

Brugada Phenocopies are clinical situations that have an identical ECG pattern to true congenital BrS, but are elicited by various underlying conditions. The Type 1 BrP is diagnostic for BrS in the presence or absence of a sodium channel blocker and in the absence of apparent structural heart disease (structurally normal heart.). BrS is not caused by an identifiable underlying condition, such as coronary artery disease, electrolytic disturbance, effect of certain drugs, or compression of the RVOT (6). Additionally, diagnosis of BrS requires the presence of at least one of the following elements (7):


A recent consensus that took place in 2012 only about the electrocardiographic aspects of BrS has divided the ECG patterns in only two types: type 1 and type 2, resulting from joining types 2 and 3 into one (8).

The great contribution of Dr Adrian Baranchuk consists in studying the subject in a scientific manner and contributing decisively to the future clarification of facts. According to our current understanding, the key to diagnosis of phenocopies is the absence of: family history of sudden cardiac death in relatively young first-degree relatives (≤ 45 years), absence of types 1 or 2 ECG BrP in first-degree relatives, absence of documented PVT/VF, inducibility of PVT/VF with programmed electrical pacing, syncope and nocturnal agonal breathing, presence of type 1 or type 2 BrP, an identifiable underlying condition, disappearance of ECG BrP after the resolution of the condition, and a negative sodium channel blocker challenge test. This is essential except in cases in which the BrP has disappeared within 96h of manipulation in the ROVT.

New Book on BrP
"Brugada Phenocopy: The art of recognizing the Brugada ECG pattern" is available for pre-order
March 1, 2017

Milestone: 100 cases
We recently reached a milestone in BrP research. 100 cases have been registered in the database!
October 4th, 2016

New Case Series in BrP
Dr. Agrawal and colleagues publish their experiences with BrP in the context of hyponatremia in their new publication entitled: All that looks like "Brugada" is not "Brugada": Case series of Brugada phenocopy caused by hyponatremia.
March 1st, 2016

Submit your case or a case that is unlisted here